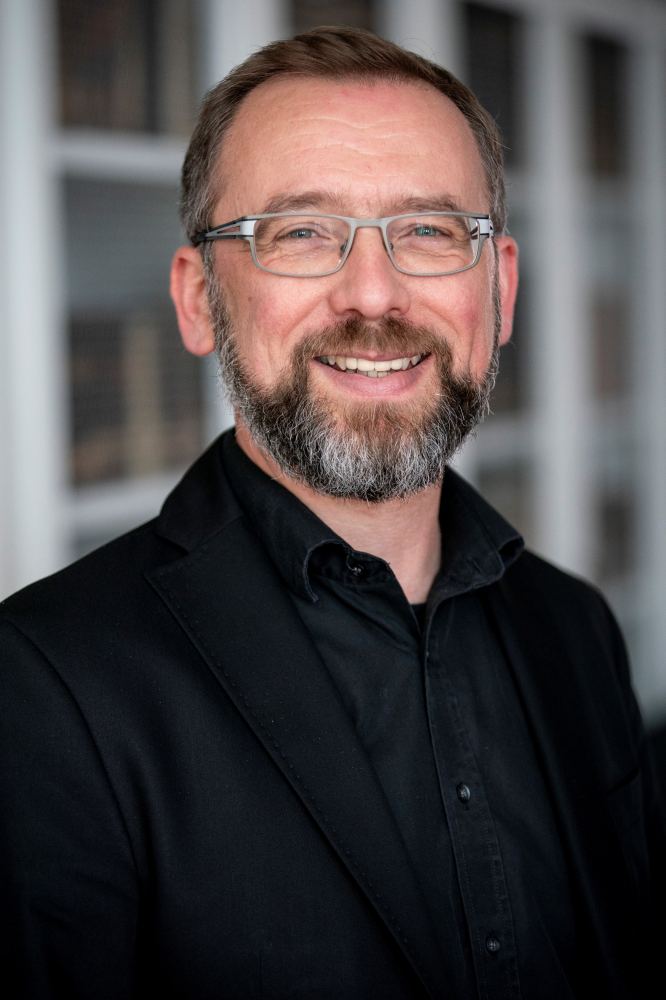 Edzard Burchards was born in Oldenburg in 1966. He studied Education Sciences at the Karlsruhe University of Education and Conducting at the Karlsruhe University of Music under Prof. Martin Schmidt und Michael Procter. His training was rounded off by master classes in conducting and historically informed performance with Tonu Kaljuste, Martin Gester, Karlheinz Stockhausen and Eric Ericson.

During his studies, Edzard Burchards was already active as a conductor and singer and contributed to numerous CD and radio recordings. As an ensemble singer and choral director, he worked with the Rheinische Kantorei, the Collegium Vocale Gent, the Balthasar-Neumann choir, the Vocalconsort Berlin, the NDR choir as well as other international ensembles.

In 1998, Edzard Burchards assisted his teacher and friend, English choral director and musicologist Michael Proctor (deceased 2012) in founding the Ensemble Hofkapelle, a vocal group dedicated to the authentic performance of Renaissance music. As a singer, Burchards’ involvement with the ensemble enabled him to immerse himself in the music of 1450 to 1650 and to gain deeper insight into its theoretical foundations. He now gives seminars on this topic for experienced choral singers.

For several years now, Edzard Burchards has lived in Hamburg, where he is active as a freelance choir director and singer. He directs the Harvestehude chamber choir, the Altona chamber choir and the St. Johannes church choir in Ahrensburg.